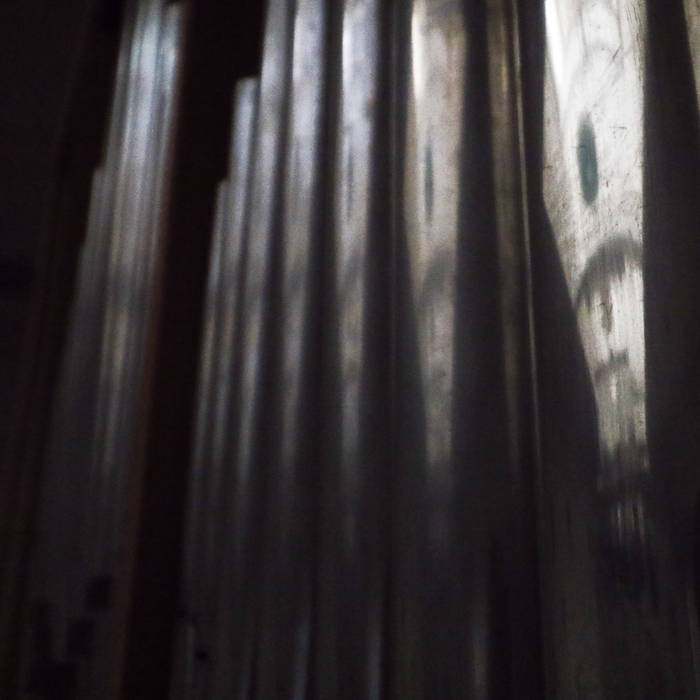 The recordings on this album were made on 6 August 2019 during a residency at Willem Twee Studios in 's-Hertogenbosch, Netherlands (willem-twee.nl/willem-twee-studios-den-bosch). The sounds are entirely acoustic and were captured with three microphones in what is commonly referred to as “real” time. My approach was to find two or three notes that, when held together, provided a slowly evolving and hypnotizing interaction of frequencies. While holding down the keys with my left hand, I used my right hand to gradually move certain organ stops in and out (controlling the opening and closing of additional pipes). I also paid careful attention to the incidental noise created by the movement of mechanical parts and imperfect air flow.

In some cases, I have changed the playback speed of the original recording and/or layered it with several copies of itself as follows:

About the instrument:
The organ was installed in 2000 by church organ builders Pels & van Leeuwen from 's-Hertogenbosch. The instrument is a two keyboard mechanical positiv build in 1977 by Aug Laukhuff from Weikersheim (Germany). It was dedicated to the Toonzaal (the hall at the Willem Twee studios) in 1997.

Special thanks to Albert van Abbe for inviting me to the residency, and to resident engineer Hans Kulk for setting up all the gadgets and showing me how to work the magic!